I‘ve spoken to thousands of people in Ward 6. In addition to introducing myself to people, my goal has been to understand and document people’s concerns. One of my biggest tasks as a councillor will be to address those concerns to the best of my abilities. In my conversations, I have heard many types of concerns. Four have come up more than any other — traffic safety, rising property taxes, a lack of city follow-up to resident problems and crime in some neighbourhoods.

This is my commitment to traffic safety. 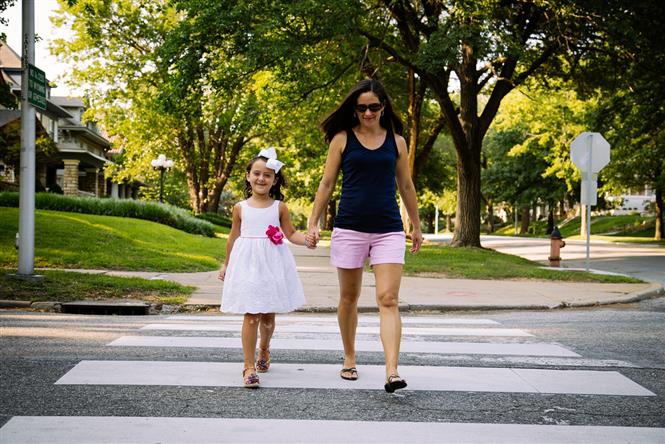 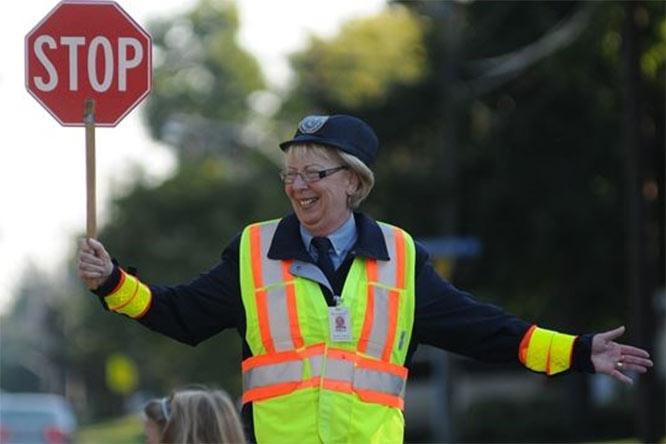 Specific traffic safety concerns vary by street and neighbourhood. The issues can be grouped into four categories:

I have spoken with people who fear for their children’s safety or who feel forced to drive their kids to school because of unsafe streets. I have learned of seniors and those with mobility issues who are not able to access parks and community facilities because of busy streets with no nearby crossing zones. I have even spoken with multiple people who have faced drivers crashing into their yards, parked cars, and in one case, home. This situation is unacceptable. We can do better.

The Key Types of Solutions

Solving, or even just improving, big problems typical requires tackling them on multiple fronts. To address traffic safety, three categories of solutions are required. These are:

There are specifics we need to consider in each of these three categories.

There are multiple street design elements that have been proven to reduce excessive vehicle speeds, make pedestrian/vehicle interactions safer and reduce high-speed vehicle collisions. Seven examples are presented below. Select an element to learn more.

A speed hump (versus a parking lot speed bump) is a low, paved mound designed to reduce mid-block speeds to approximately 30 km/h. It is a gentle transition for slower moving vehicles, but is uncomfortable for faster moving vehicles. Speed cushions are used on roadways with a posted speed limit of 50 km/h. Speed cushions provide an opening designed for vehicles with a wide wheel base, such as buses and fire trucks, so they may pass through with minimal disruption. Speed tables are similar to speed humps, but also include an elevated flat area similar to a raised crosswalk. The speed table has the same function as a speed hump, but is used in 50 km/h speed zones.

Curb extensions are typically a reconstruction of the sidewalk to extend into the roadway, resulting in a narrower roadway width. They can be placed at intersections or at mid-block locations. Median islands on wide, busy streets can provide pedestrians with a safe mid-way point when crossing uncontrolled intersections.

Pedestrian crosswalks are important on long busy streets where there are no nearby vehicle traffic lights. Pedestrian activated signals can use either overhead flashing lights or a more traditional stop light configuration. Intersection markings can be important on busy secondary streets. These include the large stop lines and zebra crossing marks. They increase stop sign compliance and help stop drivers further back from pedestrians crossing intersections.

Limit your speed boards are permanent signs which use a radar detection system that is activated by speeding vehicles. When a vehicle is speeding, the radar system is used to detect the speed and the sign displays flashing lights, the speed limit and a message to slow down.

Street and intersection alignments seek to reduce the number of high speed collisions by reducing the angle of impacts or improving the viewing angles of merging drivers. Example realignment options include traffic circles and straighter right turn ramps.

Reducing the width of wider-than-required lanes with pavement markings is proven to reduce traffic speeds. These markings can include adding centre lines on neighbourhood streets that do not have them; marked parking lanes; bike lanes, painted medians and more.

Signage can be used to control traffic by alerting motorists of traffic-calmed neighbourhoods, restricting turns, prohibiting through traffic and incorporating one-ways. Such restrictions are particularly useful during school pick-up/drop-off periods or during rush hours.

It is important that law officers are focusing their efforts on our most dangerous streets. Council and the Police Services Board can ensure this focus. Technology can also assist.

The first photo radar cameras in Mississauga were introduced in the Summer of 2021. As of June 2022, more than 8,000 photo radar tickets had been issued. However, only a quarter of those had been paid.  We need to increase fine compliance. Many people won’t be concerned with slowing down if they feel they don’t have to be concerned with enforcement.

While education and safety promotion alone do not adequately ensure responsible driving, these efforts do have a role to play. Resident associations and safety campaigns are examples of engagement strategies.

Resident (or Neighbourhood) associations bring neighbours together to work in common cause. They can be used to lobby council for safer street features and to foster safer driving practices by those in the area.

My plan after the election would be to assess the current state of efforts, share my efforts and ensure deliverables. This would be accomplished through the following six steps:

Help Me Fight for Safer Streets

If safter streets are important to you, please join my efforts. You can participate in one or more of the following ways:

Thanks for Supporting Joe!

Joe Horneck has been elected to Mississauga City Council Ward 6.